Time to Getaway! | Kids Out and About Rochester

A few years back, I finally convinced my husband to go on a cruise with me. I had been a couple of times with friends and while my husband was, at the time, one of those “cruising is not for me” people, he decided to give it a go when he saw how much fun I was having.

A couple of cruises later, he was hooked and we booked onto the Norwegian Getaway for a Western Caribbean itinerary. The Getaway is the sister ship of the Breakaway, which we had previously sailed on, so we pretty much knew what we were getting. We headed to Miami, ready for a great time. 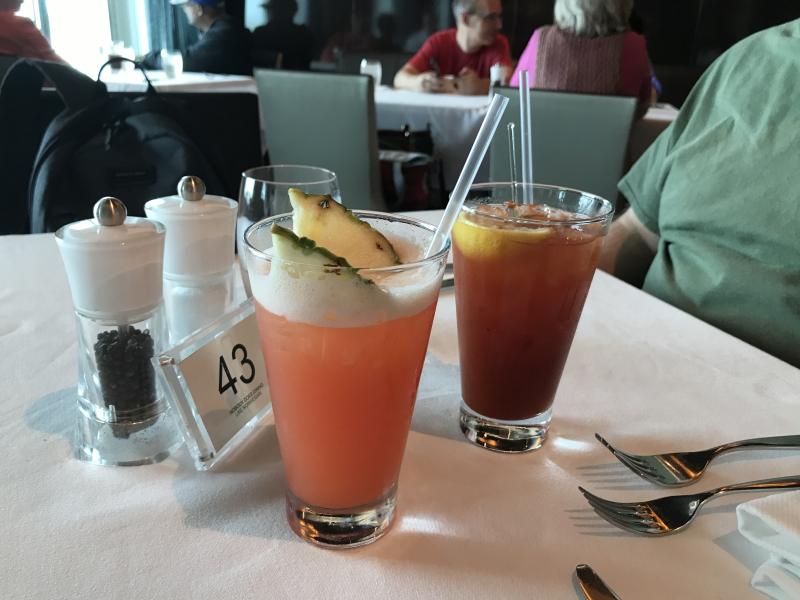 I was once on a plane with two women who were on their way to a cruise. Our flight was delayed and they were probably going to miss their connection. They were panic- stricken and I didn’t really understand why. As a now-experienced cruiser, I get it. The ship will not wait for you. Delayed flights, missed connections- it’s not their problem. This is why there are a couple of key things you should do when traveling to a port:

Getting to the Port 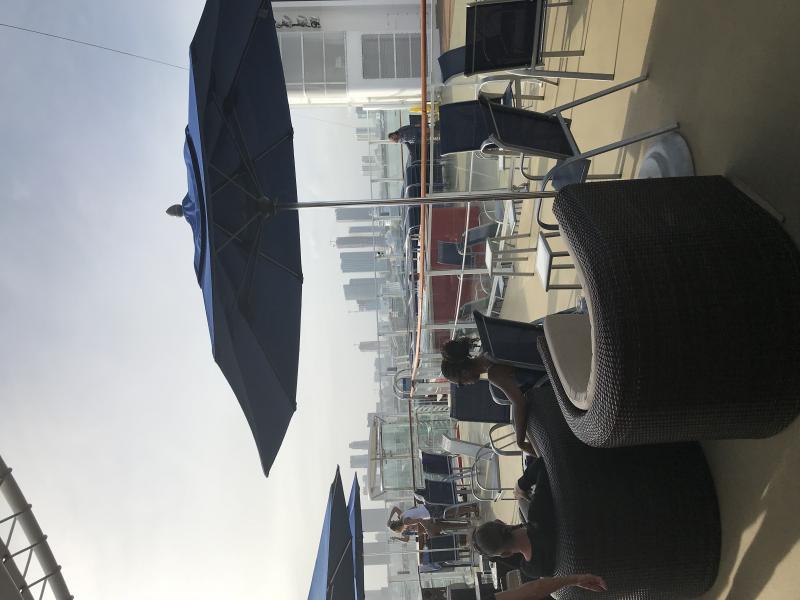 The Getaway is in the Breakaway class of ships, along with the Breakaway. It features a striking hull design by David “LEBO” Le Batard. MIami-inspired decor is a teme throughout the ship. The  artwork is stunning, the color palette of turquoises and purples practically force you to order a mojito and relax on the open air Waterfront.

The Waterfront is an innovative feature on deck 8- an ersatz boardwalk which encircles the deck allowing cruisers to leisurely enjoy eating outside at one of the specialty restaurants, sipping a cocktail at one of the bars located on that deck, indulging in a gelato, or simply sinking into one of the many comfy seating areas sprinkled around the perimeter and reading a book.

Dining on the Getaway did not disappoint in the slightest.Whether we ate in one of the Main Dining Rooms, or sampled Le Bistro, La Cucina, or Cagney’s. O’Sheehan’s pub is open 24 hours a day and features the best chicken wings at sea I’ve had. Okay, maybe the only chicken wings at sea, but they were darn tasty. All told, there are six free dining venues and ten specialty venues. We also tried the noodle bar, and Margaritaville.

Only Boring People Get Bored (Or wow, there's a lot of stuff to do)

There is literally something to interest everyone on the Getaway. Cirque Dreams and Steam was almost unbelievable. The performers in the Illusionarium captivated us with skills that would be impressive on dry land, but were even more so, given that they perform them on a stage that can roll and dip at any time. Dinner is included in the charge and the cast moves through the dining area in their steampunk inspired costumes.

We also decided to do the Painting By You class. For an additional fee, cruisers can attend a painting class where they learn step-by-step to create their own work of art.We had a blast.

The Getaway features an aqua park, a sports complex, a spa, casino, and kids clubs for different ages. There are production shows, game shows, movies, dance lessons, glow parties, and so much more than I'm able to tell you.

Also, there was an Adventure 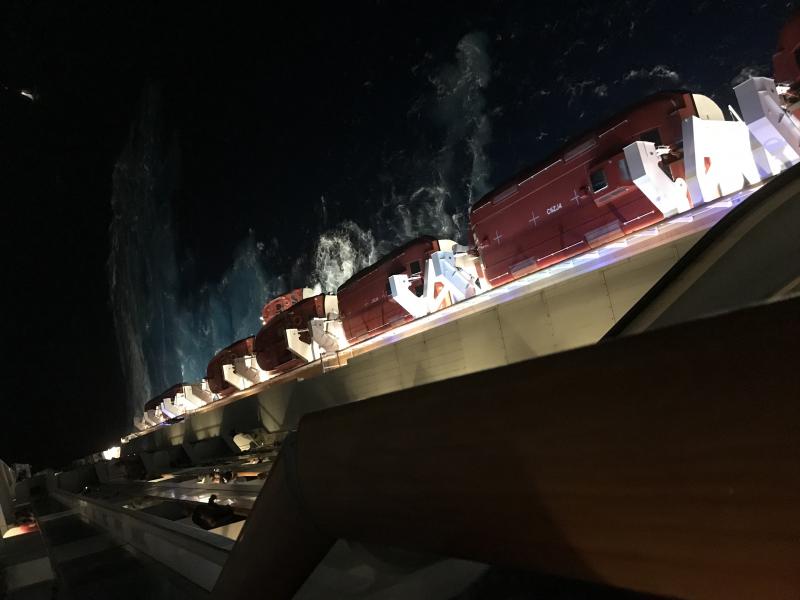 Perahps the thing that stands out most for me about this particular cruise was the crew. Every crew member greeted us with a smile, they were all super-helpful, and we felt well-taken care of at every turn. But on this sailing, they proved their mettle in a way in which we all were shown just how competent they really are.

On the fourth night of the cruise, we were having dinner in the Manhattan Room, one of the Main Dining Rooms. The Captain came on the PA system and apologized to us for the rough seas we were starting to go through and informed us that he needed to proceed at full speed in order to come to the aid of a small craft which was taking on water not far from our position. We finished our meal and went up to our room to watch the rescue from our balcony. My pictures are bad, because we were requested not to use any flash and they do not adequately show how rough the seas were for the crew who launched a life boat and proceeded to rescue the souls aboard the small sail-boat. Only minutes after they were back on our ship, we watched as the small boat sank. The Captain then again apologized to us for being set back a little on our schedule. My husband and I just looked at each other. Was he crazy? Who needed an apology? Seeing those lives saved was worth the entire cost of the cruise.Yes, we saw comedians and game shows and we sunned ourselves and had lots of drinks with little umbrellas in them, but we had witnessed something truly important. And we’ll never forget it.