Review of Disney on Ice: Princesses and Heroes | Kids Out and About Rochester

Review of Disney on Ice: Princesses and Heroes 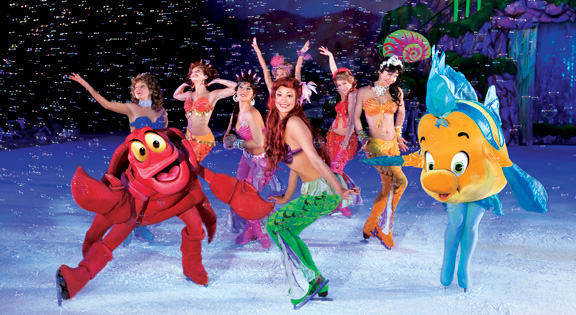 Give the people what they want, the old saying goes, and they’ll come. Nowhere was this statement more in evidence than during the recent Disney on Ice “Heroes and Princesses” show which recently completed a string of five days at the Blue Cross Arena in downtown Rochester in early February, 2015. Judging by the blue-and-white Elsa costumes and the light-up ice wands dotting the audience, the kids–and their moms–were waiting anxiously to see Frozen come to life on the ice in front of them. And though they had to wait until after intermission to see the sister princesses, along with scheming Hans, loyal Kristoff and sunny Olaf, it was well worth the wait. For nearly 20 minutes, the rink was turned into Arendelle, and the audience sang along lustily with all the favorite numbers from the blockbuster hit. Mission accomplished, Disney.

Of course, this year’s Disney on Ice act has plenty of other fun times and memorable moments before Anna and Elsa take over. All the old favorites–Cinderella, Sleeping Beauty, and Snow White–are there. And a large portion of the first act is devoted to The Little Mermaid, telling the story from start to finish, with Sebastian the crab and Flounder helping out on songs like “Under the Sea” and “Kiss the Girl,” as well as an appearance from the slimy sea witch Ursula. Aladdin and Jasmine also feature prominently in the first act, as does an unexpected performance of “Be our Guest” from Beauty and the Beast, and a fight between Prince Eric and the dragon from Sleeping Beauty, with a cool, mechanized dragon slithering around the ice breathing fire. 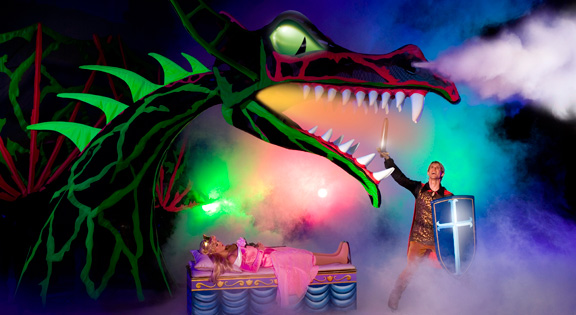 At just about two hours, with a 20-minute intermission–the perfect amount of time in which to buy shaved ice in a goblet, or a plastic Olaf hat–the show zips by. One wishes Princess Tiana and her beau from The Princess and the Frog had been given more ice time; their duet was barely a blip right after intermission. But otherwise, it’s safe to say that Disney has this ice show thing down. Judging from what I hear about their show devoted exclusively to Frozen currently touring the country, there’s no sign of interest in the sister princesses waning anytime soon. So this year’s installment of Disney on Ice looks to be a stone-cold lock for family entertainment.

Glenn McCarty is a writer and father of two in Rochester, NY.