introduction to Fife and Drum | Kids Out and About Rochester

introduction to Fife and Drum 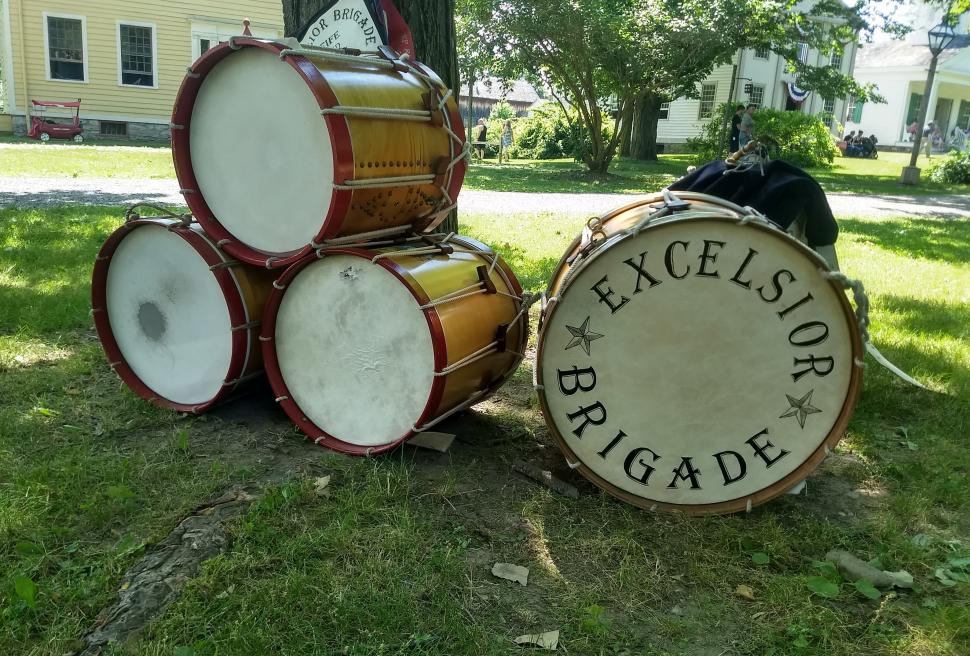 Learn about the distinctly American tradition of the Ancient Fife and Drum Corps by exploring the hobby at a regular rehearsal of the Excelsior Brigade Fife and Drum Corps. See if this hobby is right for you and the budding musician in your family.
Click here for more information about this activity
Please help us keep this calendar up to date! If this activity is sold out, canceled, or otherwise needs alteration, email mindy@kidsoutandabout.com so we can update it immediately.

O'Connor Road Park, Fairport, NY at the corner of Fairport Road and O'Connor Road, access the park from a little further North on O'Connor road.

The Excelsior Brigade Fife and Drum Corps meets most Mondays (except holidays) at O'Connor Road Park in Fairport, NY from 6PM to 7:30PM to rehearse, learn new tunes and techniques, and refine the art of playing the fife and drum. We are currently seeking winter quarters, and will update this listing when we land in a spot for the winter.

Formed in 2000, the Excelsior Brigade has fielded a corp for 20 seasons, practing year-round to train new musicians and to learn new tunes for use in the following seasons. A typical marching season runs from St. Patrick's Day in March to September, with the most activity from the weekend before Memorial day, to the end of July.

Members sometimes come from reenacting units and the living history side of the band, where we provide music for reenactments or concerts at places like Genesee Country Village. The corps regularly plays at the museum for holidays and special events.

Members sometimes come from DCI or from regular marching bands or pipe bands to learn the ancient rudimental drumming style, or to pick up the fife.

Members sometimes come from school age children, homeschooling families providing a musical outlet by learning the instruments and the styles or public school where kids aren't being challenged by the school instruments and crave the exuberant performing that comes with playing ancient fife and drum. (if you've ever been to a school concert and heard a lone snare drum tap tap tap rest tap tap tap rest, you know what I mean by not challenging)

Join us for an exploratory evening, see if the instruments move you, test your skills on a spare drum or fife, we have unused loaner fifes, and play along with the band as we practice our repetoire in the park. Check out the sheet music, hear the stories from the members on events, and get a feel for a potential new hobby.

The fife and drum corps consists of three instruments. The fife is a 6 hole transverse open holed flute, like a piccolo but with open holes, keyed in Bb and is a simple system to learn, the sheet music is written in modern notation (though played an octave above what's written), so is easy to pick up for a flute or piccolo player, and not difficult to pick up for anyone else, musician or not.

The snare drum and bass drum are rope tensioned, beat with an open rudimental style using two mallets for the bass drum, and good sized sticks for the snare. The bass drum beats along to the music playing almost note-for-note with the snare drum, this is an unusual method as most bands, the bass drum keeps time, rather than drives the rythm. The sheet music is normally written in modern notation, but occasionally we encounter a manuscript using alternative notation in is fun to try and translate. Normally, the music is written as expected, with the usual shortcuts denoting rolls, grace notes and accents.

Our band accepts members from 10 to adult, and can place younger children, and musicians-in-training in the color guard in the front row where they learn to keep step, and familiarize themselves with the methods of movement, commands and other tactics used to get the corps from point A to point B while playing tunes.

The band meets at parades and festivals around the Monroe County area, sometimes ranging further afield depending on the event. For example, we may drive to Albany to attend a jam session where a hundred other musicians get together and play the same tunes, or to Connecticut to attend a muster where a dozen to a hundred other fife and drum corps gather to show off. Some of these events, the band is paid or wins prize money, the money is divided up between the members and the corps, 1 share per attendee for traveling expenses, and 1 share for the corps to purchase equipment. This financial information is always shared openly, and any member may access the books at any time. There have never been a financial impropriety in this band, never will, because the finances are open for inspection.