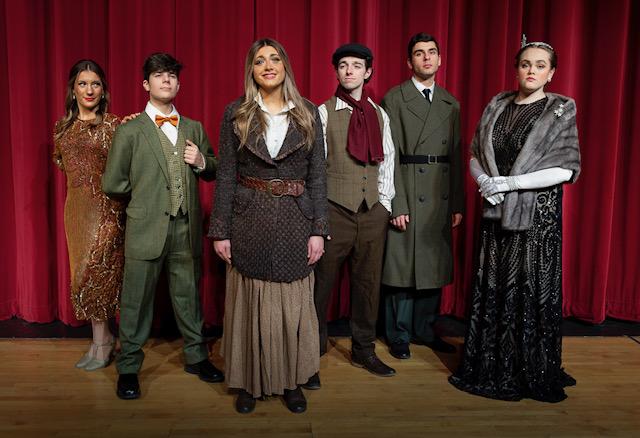 Greece Athena High School proudly presents Anastasia, the Musical Come journey to the past…This February as the Greece Athena High School Theatre Department invites you to join them on a sweeping adventure with the new Broadway musical, ANASTASIA! Friday February 3 & February 10 at 7:00PM, Saturday February 4 & February 11 at 7:00 PM and Sunday February 5 & February 12 at 2:00PM.
Click here for more information about this activity
Please help us keep this calendar up to date! If this activity is sold out, canceled, or otherwise needs alteration, email mindy@kidsoutandabout.com so we can update it immediately. If you have a question about the activity itself, please contact the organization administrator listed below.

Come journey to the past…This February as the Greece Athena High School Theatre Department invites you to join them on a sweeping adventure with the new Broadway musical, ANASTASIA!

Anastasia is a dazzling new musical based on the beloved animated movie that transports its audience from St. Petersburg to Paris in the 1920’s. A brave young woman sets out on an epic adventure to discover the mystery of her past. Featuring classic songs from the motion picture including “Journey to the Past” and “Once Upon A December”

Anastasia explores one determined girl’s journey as she discovers who she was and embraces who she is meant to be. Pursued by a ruthless officer, sophomore Vincent Mussumeci, Anya, senior Samantha Fiannaca, enlists the aid of a dashing con man, senior Riley Catena and a lovable ex-aristocrat, sophomore Anthony Raymond. Together, they embark on an epic adventure to help her find home, love and family.

Audiences will be swept away by the music, dancing and costumes of this truly unforgettable musical presented by the award-winning Greece Athena High School Musical Theatre Department with 6 performances at the fabulous Greece Central Performing Arts Center at Athena.

Tickets are available online at ShowTix4U.com where you can select the best seats in the house! Tickets will also be available at the door 1 hour prior to each performance.

The cast hopes to make a monetary donation with proceeds of this year’s production to The HIllside Children's Center.