Axiom Brass | Kids Out and About Rochester 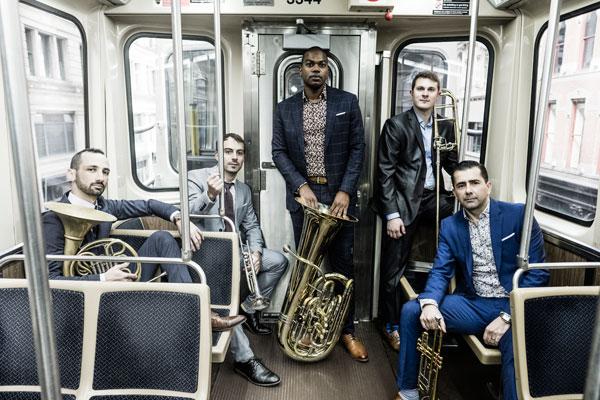 Award-winning brass quintet Axiom Brass performs Limitless, an out-of-this-world experience for audiences of all ages! This multimedia concert takes the audience on a spectacular journey through space, exploring the connections between the vastness of the universe and our significance in today’s world. It features visuals created by astronomer Kyle Kremer, original soundtrack by Mathew Fuerst and James Stephenson, and compositions by J. S. Bach, Anthony Plog, and Anthony DiLorenzo.
Click here for more information about this activity

Based in Chicago, Axiom Brass’ performances have captured the hearts and imaginations of their audiences, leading the ensemble to national radio and television appearances as well as concerts in Asia, Europe, and across the U.S. Internationally recognized for their groundbreaking programming, their repertoire ranges from jazz and Latin music to string quartet transcriptions, as well as original compositions for brass quintet.

“These musicians not only showed a capacity to engage their audience musically, they also weren’t afraid to engage it on a personal level in discussing the program. Their banter between works revealed a quirky, almost sarcastic demeanor.”- San Francisco Classical Voice