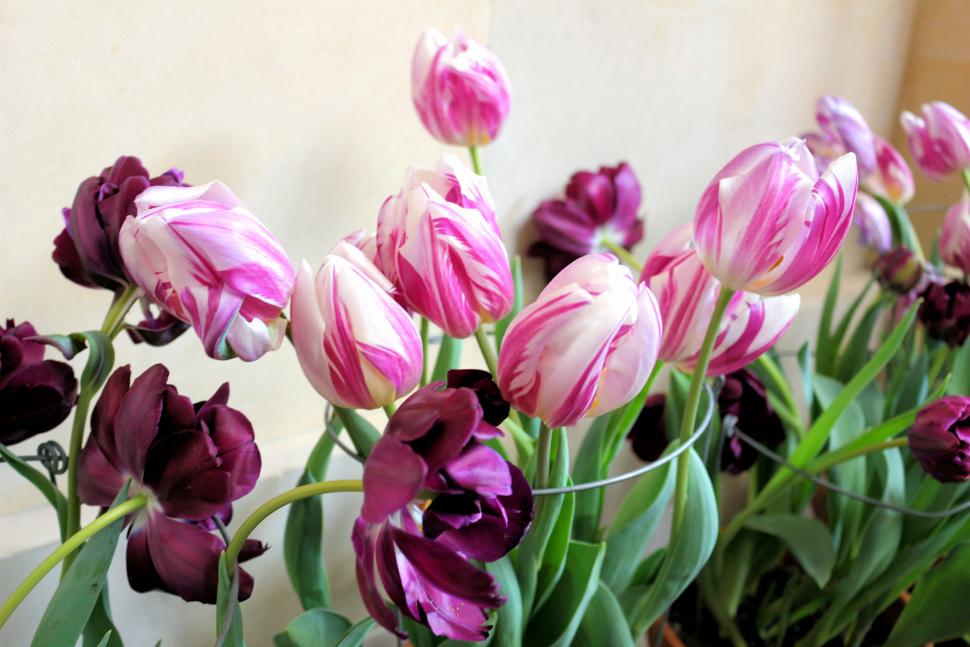 Get a sneak peek of Spring at the 26th Annual Dutch Connection floral display at the George Eastman Museum! Thousands of blooms fill George Eastman’s Conservatory and Palm House with the sights and scents of spring in this annual display.
Click here for more information about this activity

When George Eastman traveled through the Netherlands on a bicycle trip in 1895, he was amazed at the “blaze of color” he saw as he cycled by the fields of flowers. He wrote to his mother that he wanted to have the same effect in his garden at home in Rochester. During Eastman’s residency in the 900 East Avenue mansion between 1905 and 1932, he ordered tens of thousands of bulbs from Holland every year (except 1918, when a wartime coal shortage forced him to close his greenhouses). He usually ordered in large quantities—mostly tulips, narcissus, and hyacinths for indoor forcing, as well as tulips for the outdoor beds. He sometimes ordered amaryllis, azaleas, and begonias. He preferred various shades of orange, red, pink, lavender, yellow, and white—generally grouped monochromatically when he displayed them. A hundred years after Eastman’s bicycling trip, the Eastman Museum started the annual floral show Dutch Connection to pay homage to Eastman’s practice of buying and planting thousands of bulbs.

The present-day display is based on Eastman’s original orders placed with Dutch bulb-importing companies. The cultivation process began last July, with 13,000 bulbs growing since late September. Volunteers and staff potted the tulips, daffodils, and hyacinth, and the pots were then placed in a root cellar in Highland Park, graciously provided by the Monroe County Parks Department. Lucas Greenhouses in Fairport generously provided space to store thousands of the potted bulbs leading up to the display. Finally, the potted bulbs are brought to the museum, where they are thoughtfully arranged in a spectacular display throughout the Conservatory, Colonnade, and Palm House. Tropical orchids courtesy of the Genesee Region Orchid Society are also displayed throughout the mansion.